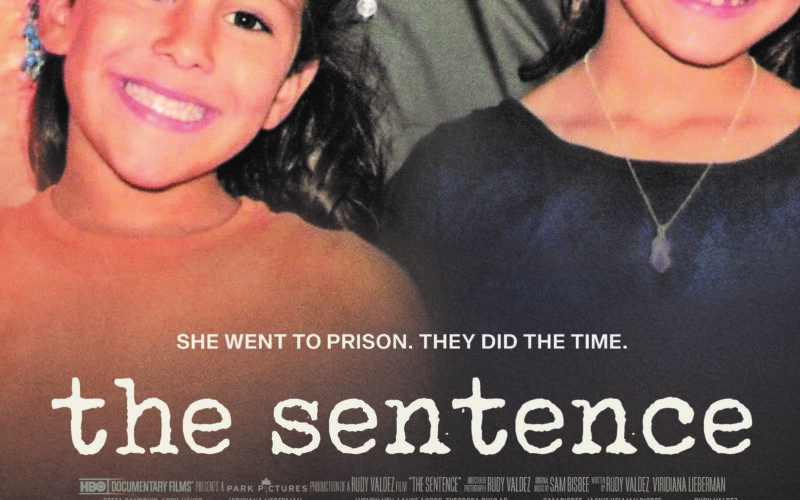 The Fall ’21 Take A Stand! Sit In! symposium featured several guest artists including LCC alum Rudy Valdez, showing and discussing his Emmy-winning documentary, The Sentence. LCC has acquired a one-year license through Kanopy so the film is available for viewing and classroom use to LCC faculty, staff and students. Log in at https://lcc.kanopy.com/

The Sentence explores the devastating consequences of mass incarceration and mandatory minimum drug sentencing through the story of Cindy Shank, a mother of three young children serving a 15-year sentence in federal prison for her tangential involvement in a Michigan drug ring years before. Shot and directed by Rudy Valdez over the course of a decade, this feature documentary tells the very personal story of his sister’s plight in the criminal justice system while tackling subjects like mandatory minimums and sentencing reform.

Rudy Valdez is a Michigan-raised, New York City-based filmmaker committed to creating social, cultural, and political stories through a cinematic and meaningful lens. An alum of LCC’s Theatre Studio Program, Rudy got his start in film as a Camera Operator on the Peabody Award-winning, Sundance series Brick City before directing The Sentence. He has worked as Cinematographer on a multitude of projects including with directors Whoopi Goldberg, Robert DiNiro, and many others. His most recent project, Breakaway, a feature film following WNBA superstar, Maya Moore and her fight for criminal justice reform, premiered on ESPN in July 2021.His four-part docu-series, We Are: The Brooklyn Saints, is currently streaming on Netflix. He also co-directed the premiere episode of Through Our Eyes (HBO) alongside Academy Award-winning director, Geeta Gandbhir, a four-part docu-series from Sesame Workshop that explores the lives of American families from the perspective of children; how they navigate their circumstances with their families and the world at large. He is in production on the definitive feature documentary of Carlos Santana, and of Disney +’s CHOIR, a docu-series following the Detroit Youth Choir after their star turn on America’s Got Talent. Valdez’s repertoire now extends into the scripted arena as he recently sold a genre TV series he created to Amazon that is loosely based on his family and life experiences.

A recording of the post-film discussion with Rudy will be posted in December at https://takeastand.openlcc.net