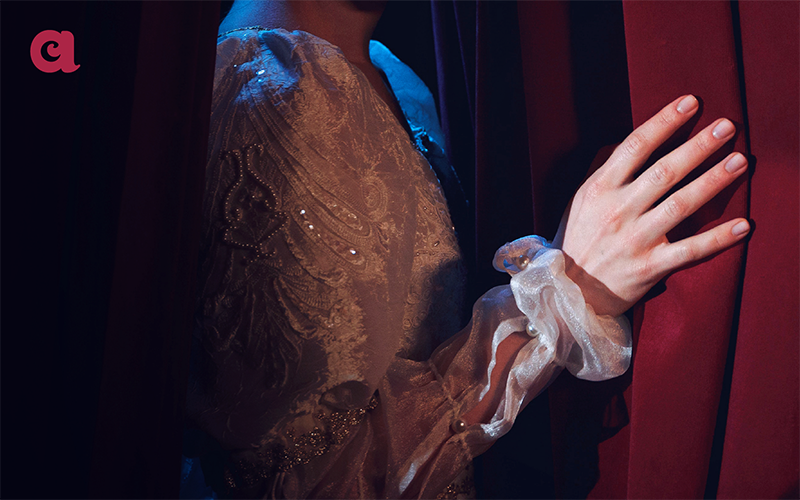 Funny, provocative, moving, enlightening: you’ll find it all on stage at LCC!

The season includes two readings: Queering History and I Knock at the Door, and three full productions: Everybody, Do You Feel Anger and Tartuffe, all professionally produced in the LCC Black Box Theatre with casts made up of LCC students, alumni and sometimes a community actor or two. Read on for complete descriptions, dates and times.

Performing Arts Tickets are available online in advance. You may also purchase at the door beginning 30 minutes prior to each performance. Readings are $5 students, $10 general admission. Full productions are $5 students, $10 LCC faculty, staff, alumni, retirees and seniors, $15 general admission. Questions? Contact the Performing Arts Production Office: at 517-483-1122 or tuffordp@star.lcc.edu.

The Black Box Theatre is located in the 1422 Gannon Building on Grand Avenue. Free parking is available in the Gannon Ramp adjacent to the building, or on the streets around campus.

In addition to the Theatre productions, LCC Music will present the Concert Choir, Jazz Band and Rock Band in concerts at various community venues in December, April and May, and LCC Dance will offer various showcases.

Sofia was recently hired as an empathy coach at a debt collection agency, and clearly, she has her work cut out for her. These employees can barely identify what an emotion is, much less practice deep, radical compassion for others. And while they painstakingly stumble toward enlightenment, someone keeps mugging Eva in the kitchen. An outrageous comedy about the absurdity – and the danger – of a world where some people’s feelings matter more than others’.

I Knock at the Door is a story of a family held together by a loving and strong mother while class and religious turmoil threaten to pull them apart. O’Casey’s portraits of his family are deeply sympathetic, and his vivid memories are brought to life with equally vivid language. (Staged reading, with Irish music)

The story takes place in the home of the wealthy Orgon, where Tartuffe – a fraud and a pious imposter – has insinuated himself. He succeeds in winning the respect and devotion of the head of the house, and then tries to marry his daughter and seduce his wife. Banned by the French government when first produced in the 1660s, Molière’s devilish comedy is perfectly ripe for our times.

Emma is a quiet, unobtrusive high school student who also happens to be queer. Her high school history class is turned upside down by a visit from her “Fairy Queen Godmother,” Kinsey Scale and his Gaggle of Historical Gays. Written in collaboration with LGBTQIA+ Homeless Youth, Queering History explores how our world might be different if LGBTQIA+ history was taught in schools. (Staged reading)

A finalist for the 2018 Pulitzer Prize, this modern riff on the 15th-century morality play “Everyman” follows Everybody (chosen from amongst the cast by lottery at each performance) as they journey through life’s greatest mystery: the meaning of living.